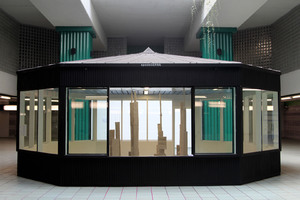 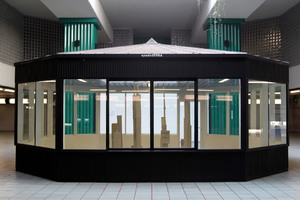 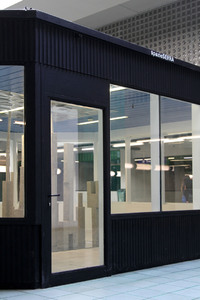 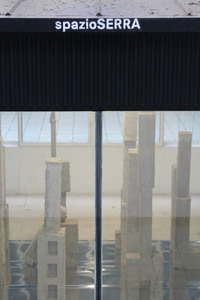 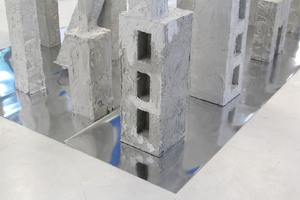 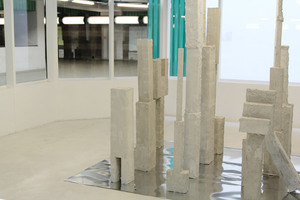 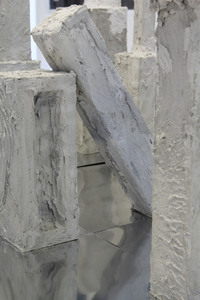 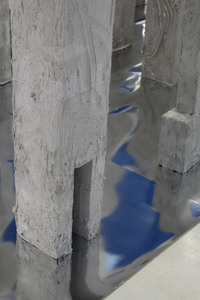 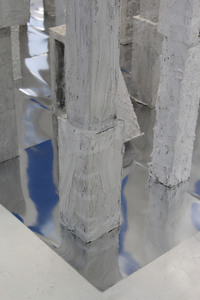 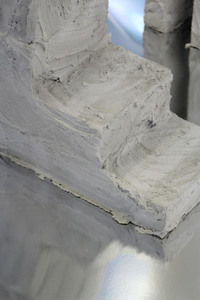 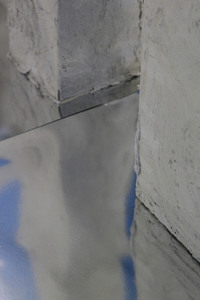 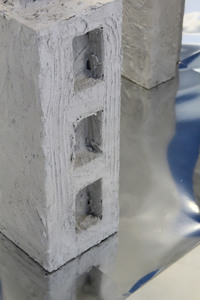 With La mente non lavora per negazione, a solo show by Alessandra Draghi inaugurated in June, SpazioSERRA has opened its exhibition season devoted to the topic of Horror Vacui. In Autumn, the season restarts with Le città felici hanno l'architettura, the first Italian solo exhibition by Anna Bochkova. Anna attends the Fine Arts Academy in Wien. The artist of Russian origin, is going to work for a week within SpazioSERRA and her works will be presented on Thursday 19th September.

The title of the exhibition is a quote from Towards a New Architecture, Le Corbusier’s manifesto, published in 1923. The renowned French architect, designer and painter, representative of the Rationalism, claims that architects have the duty of making people happy and, as a consequence, the place where they live. In this way he translates a human feeling (happiness) to an artificial object (the city), and this is possible through a means (architecture).

The exhibition features a site-specific work composed by about thirty columns made of wood-pulp board and acrylic plaster or iron, cotton and bitumen. Anna Bochkova’s exploration begins from the study of urban compositional structures to reach a sculptural formal synthesis: her works look like thin human-sized monoliths resulting from elementary geometrical structures. The aesthetics of the artist's work starts from the architecture of the city, its conformation and its structures. The contamination of Bochkova’s artistic research includes a century of sculpture and architecture history. The works depict a (artificial) reality, which is apparently aseptic, but which lives and has feelings below the rough layer of matte

Anna Bochkova (1995) lives and works in Wien where she has been attending the Academy of Fine Arts with Heimo Zobernign since 2016, after graduating in Scenography at the Theater Academy MXAT of Moscow with Stanislav Benediktov. Some of her solo and group exhibition: Zeus, give me my EU pass, Octagon (UdK), Berlin, 2019; In the morning we all awake sharp-eyed, Rundgang, Academy of Fine Arts of Wien, Wien, 2019; And we will flow like rivers, Meetart Gallery, Praguea, 2018; Memorabilia, Snerk Gallery, Tromsø (NO), 2018; I'll be your mirror, Karl-Franzens University, Graz (AT), 2018; Letters from Utopia, Art Future/Future Revolution Biennal, Academy of Fine Arts of Latvia, Riga, 2017; DADADADA, mo.ë Off Space, Wien, 2017.

spazioSERRA is part of Artepassante Project, a program for the regeneration of metropolitan spaces that belongs to Associazione Le Belle Arti in collaboration with RFI and under the patronage of the Municipality of Milan and the Lombardy Region. SERRA is a non-profit exhibition space that was created with the aim of enhancing the Milan area through the work of young artists, in a place, the suburban one, not dedicated to art, where art becomes an accident. The realization of the exhibition has been possible thanks to: critic and curator Vincenzo Argentieri, event management Silvia Biondo, venue management Virginia Dal Magro, staging Angelo Di Matteo, social strategy Massimiliano Fantò, graphics Niccolò Fiorentini, social contents Giacomo Lambrugo.